A question that has been creating a sensation in the mind of the whole of the world is regarding the shifting of attention from the newspaper to the instant short news app. The question is alone creating curiosity in the mind of the people that though we have the newspaper boy delivering the news from all around the world then why it is the need of downloading these amazing and mind-blowing apps. This article will kill down all your curiosities and will speak of one such short news app that has set a trademark for the other apps who are in the queue of touching the heights of success. So, now without wasting time let’s move on the topic.

Things That Are Diverting People’s Attention From The Newspaper

So, all these reasons insist us to go with the apps. But from the heap of good and the powerful ones there stand something whose shine and fame is capable enough to outshine others. Yes, I am none other talking about Awesummly app whose tremendous features has revolutionized this informative world.

Along back power shut down in the U block of Gurgaon proved to be a historic night for the implementation of new ideas and thoughts. Deepak came out of his apartment to get the fresh air and in the meantime met Nitin sitting in the park. They began discussing their journey in life. What they have achieved in the life and what they have lost, the discussion covers a long time. Meanwhile, they came upon the talk of the daily problems of a common man with the newspaper and therefore decided to develop an app that will no longer make them face the problems.

Hurdles In The Way

After Nitin and Deepak decided to start startup things were not in favor of them. Deepak’s family members didn’t allow him to go for a startup and asked him to join a company for the sake of his future. Meanwhile, Nitin also moved to Noida and join Neuron as its CTO. But when he met Ankit, a coder situation began supporting him and the three met to once again give a try to their startup. 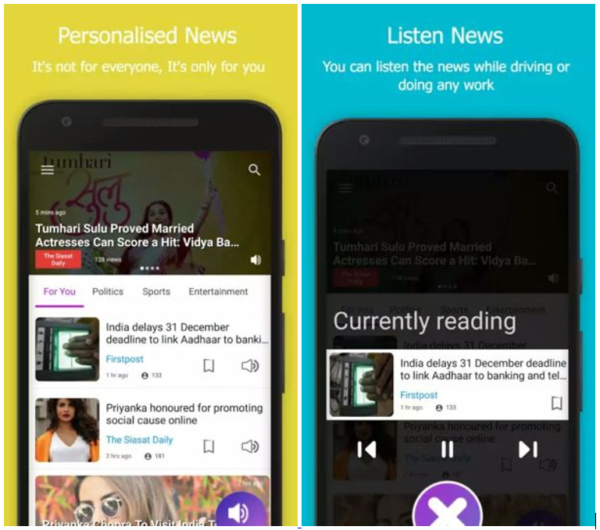 Awesummly is a short news app that uses its long root to grab information from all around the world and present it in the form of five or six line sentences to create interest in the mind of the people to read the full content.

Awesummly offers a wide range of features to its users. From online sharing of the content to the audio hearing, it has everything that is nearly impossible for the other news app to impart. It also allows the user to read the contents in offline mode thus allowing them to read the news anytime anywhere.

Rating And Daily Views On The Page

Revenue Model Of The Company

They previously focussed on the ad-based model but after a lot of hardships in the model, they are now with the subscription-based model.

Read short news from the official website of awesummly.

Asheer Raza
Asheer Raza is a blogger and web entrepreneur. He loves to write on Tech and Business related stuff.