Running has the ability to deliver a variety of health benefits for the human beings. Any person who wants to maintain optimum health and fitness can think about running. It has the ability to assist any individual to achieve fitness goals as well.

Unfortunately, a lot of people still don’t tend to incorporate running into their daily schedules. The inconvenience associated with running can be considered as the main reason behind the above-mentioned fact. That’s where Shadow Laser Runner comes into play.

People in today’s world prefer to interact closely with wearable tech. That’s where Shadow Laser Runner comes into play. It is an innovative chest strap, which people can wear while they are running. This chest strap comes along with a light mobile app, which can act as a source of motivation for the runners. In fact, this app is in a position to take the motivation levels of runners to a whole new level. The color of the laser light would also change along with the pace of running. Therefore, people who wear this device will find it as an easy task to keep up with the pace.

Shadow Laser Runner can be considered as an excellent initiative available to promote community challenges as well. People prefer to compete with their friends, colleagues and family members with whatever they do. Shadow Laser Runner is in a position to offer a tremendous assistance to the individuals with that. That’s because it can create a convenient challenge, where people will be able to go ahead and compete with others they know. These virtual challenges are capable of tempting people to push their limits as well.

With Shadow Laser Runner, there is a possibility to create customized rewards as well. These rewards can then be shared along with friends. As a result, people who use Shadow Laser Runner platform will love to use it to engage in running. This can help them to end up with better results in the long run. Any person who uses this device will be provided with the ability to measure running progress in real time. There won’t be any lags in receiving the results out of what the users have achieved. This can make running a better experience as well. Any person would love to receive real-time updates while running.

Laser light can be considered as one of the most unique features offered along with Shadow Laser Runner. In fact, the color of the laser light changes along with the performance. Due to this reason, any person will be tempted naturally to keep up with your maximum performance. People would also love to receive the benefits that come to them along with improved performance.

Most of the people in today’s world are engaged in the mission of burning calories. Shadow Laser Runner is in a position to provide an excellent assistance to those individuals as well. It has the ability to assist individuals to transform their calories into the distance. This would be one of the most convenient methods available to burn calories and lose weight.

It is also important to keep in mind that people who follow Shadow Laser Runner will be placed in a race. This can create temptation within the people to achieve their goals. The running strategies can also be optimized accordingly, to end up with positive results in the race. 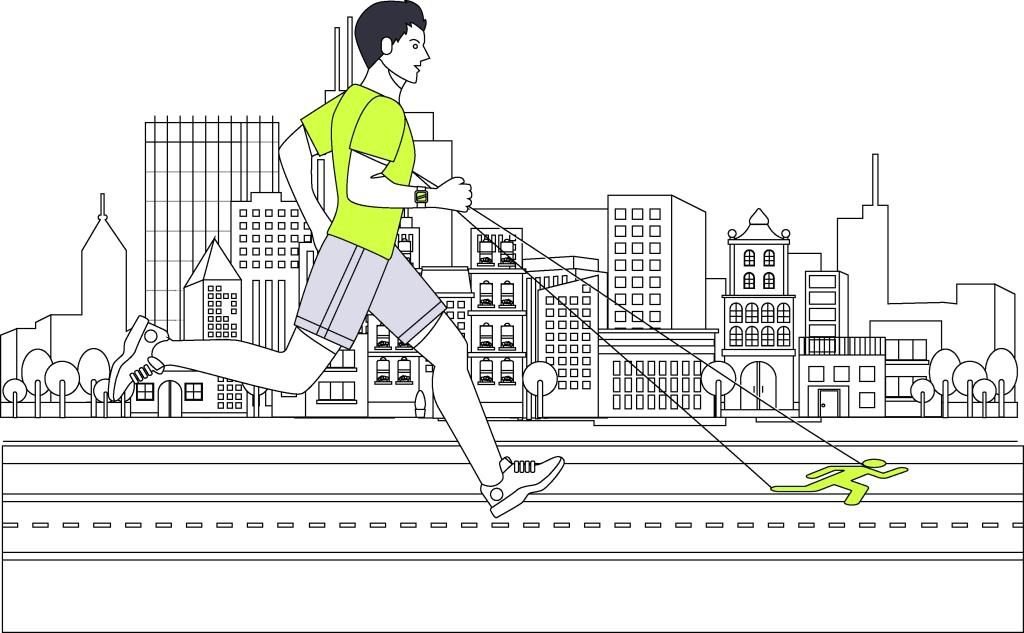 Achieving new distances, while ensuring personal goals is promoted in a convenient manner through Shadow Laser Runner. Hence, Shadow Laser Runner can be considered as one of the best options available for the individuals who prefer to challenge themselves continuously. The challenges that people face while they use Shadow Laser Runner will not be annoying. They won’t lose motivation while following these goals as well. All goals are being presented to the runners in an appealing manner.

As a runner, it is important to be equipped with good habits. Then achieving positive results with running will be a convenient and a hassle-free experience. One of the biggest challenges that runners face is failing to keep up with their motivation levels. This shouldn’t be a major issue. That’s because you are provided with a convenient solution to stay away from motivation issues with Shadow Laser Runner. It promotes motivation in a convenient manner. Due to this reason, a person will be able to achieve running goals and experience all benefits associated with it. It is also important to keep in mind that lack of motivation while running doesn’t come from physical issues. Instead, they are dependent on the mind. People just need to make appropriate changes needed in the mind to avoid these issues. Shadow Laser Runner can help them with it.