Automated computer operations began about 45 years ago when IBM introduced the OS/360 operating system. Like other early operating systems, OS/360 was a supervisory program that managed system resources and provided an automatic transition from one job to another. This was called batch processing. OS/360 could run batch jobs but had only limited control over their sequence and no capability to schedule future jobs. It still required a high level of operator involvement.

Today, we have perfected this process so much that every industry is able to benefit from automation, so it’s fair to say that this is the era of worry-free automation. There are applications and software developed solely to provide better experiences to the users so the required tasks can be done efficiently and without errors. In order to minimize effort and speed up processes on a daily basis, automation is the easiest trick in the book.

Software testing is one of the many fields that can implement automated tasks so that every mobile and web experience can be improved. Here are some of the best software testing tools that combine all the powerful features you will need to run tests on your software across various platforms;

This tool provides functional testing opportunities that make testing for desktop, mobile apps and web an easily automated process.  It has GUI testing, options to script the testing phase, test recording features, and a real-time test visualizer to check the status of your current tests. The tool supports various scripting languages like JavaScript, Python, JScript, C++ and C#. You can also perform test recording and playback on TestComplete.

Accelq is an amazing tool that puts your software testing needs on the front so that you can write customized test scripts that can be recorded and archived. Test design automation helps in perfecting the web, mobile, and tablet software experiences without the worry to refresh the code every time.

The testing cycle is integrated with all the latest apps of today so you can break the silos and bring something different every time. Automation is the top priority of everyone at Accelq. You can write the software in simple language without worrying about learning new software languages.

The Ranorex tool provides testing services for mobile, desktop and web applications. It offers GUI recognition, a feature which can make test codes reusable, auto-detector for bugs and a playback and record option for tests. Ranorex can easily integrate with various applications. Integration helps in setting up an automated test system when you are using any other app with your software.

Watir, which is pronounced like the word ‘water’ is a great tool to automate web testing for browsers. It can easily integrate with databases, files and export other XML files. You can structure your code and make libraries to secure that code for future references. This way, you can create open-source libraries that can potentially benefit hundreds of other testers. It also makes it easier for you to automate your testing process for better results. Watir enables users to write, record and maintain a database of tests which can be maintained easily.

The best thing about SoapUI is that it is an open-source platform. Both service-oriented architectures and representational transfers can be handled well by SoapUI. This tool will make testing easy by automating the entire procedure, be it in the functional testing stage or the load testing phase. You can also mock or simulate the tests along with performing web service inspection.

Selenium is a popular web testing tool that can automate all your test cases if you design them in advance. You can perform web testing on various browsers like Windows, Mac and even Linux. The best thing about this tool is that it allows testers to write test cases in various programming languages like Java, PHP, Python and C.

There is a playback feature and a record feature to write tests without the need to learn the Selenium IDE. Many tech businesses around the world like to integrate their browsers with Selenium to test whenever they want. If this tool is a native part of the browser, writing test cases and automating them is going to be easier. Selenium has also been the base of web testing for many new tools which just entered the market.

Microsoft platform testers will find this tool very useful and ideal for writing all test cases. Be it desktops, tablet versions, phones or servers in the cloud, this tool can manage it all very well. With a Microsoft subscription, your access is widened to all Microsoft services and products that you can use to design and test your applications on various platforms.

Robotium is a popular testing tool for Android platforms. This tool can support both native  and hybrid applications. The automation part of the tool makes it easy for users to write test cases. Robotium can integrate with popular apps like Gradle, Ant and Maven to write test cases and automate the testing procedure in a smooth and seamless manner.

This amazing tool by Tricentis offers model-based test automation for software testing to its users. Tosca Testsuite makes it easy for you to plan and design the best test cases in advance. You can apply test data provisioning and even test all your mobile apps on this platform. There is a service virtualization network on this tool, as well as risk coverage available on every step.

This is a testing tool which works in a codeless format. The enterprise version of this tool has a complete list of automated testing features like software tests, web tests, database tests and mobile app tests.

You can automate, optimize and customize your test cases with this all-rounding tool. Performing keyword-driven tests with Testing Whiz makes distributed testing easier. One of the best features of this tool is its ability to perform risk-based testing. Integration with other tools is very easy and helps in speeding up and automation part of the test phase. 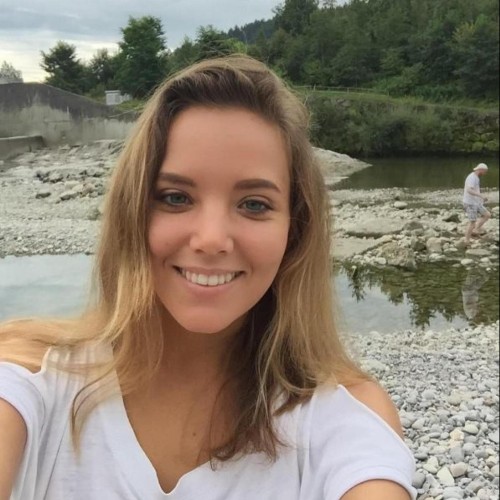 Erica Silva
Erica Silva is a blogger by choice. She loves to discover the world around her. She likes to share her discoveries, experiences and express herself through her blogs. Currently, she is associated with Airg Team for development work.