Top 5 Cryptocurrencies to Invest in 2018

Well, as it has broken the hard cash banking market and other payment mediators alone only bitcoin’s market cap is more than 132 Billion dollars wow that’s some serious amount of money.

So after a still and long success of bitcoin, many other cryptocurrencies have started to emerge. Wait don’t hurry I am going to tell you all about it but first, you got to learn how to and on what basis should we judge about cryptocurrencies.

Value of Coin Acceptation in the Market

Where-ever you like a cryptocurrency’s technology or an initial coin offering or ICO which means the mechanism of raising coins value same like initial public offer. Investors buy shares of a business company but if the currency doesn’t have a huge audience and users it’s just a no deal seriously. I mean dead project. Imagine no users on Facebook no money no ads no Mark Zuckerburg billionaire story.

I mean to say that if the coin is not accepted if you cannot sell it openly or buy it openly or globally. What is its value today almost 90%+ value of bitcoins isn’t because of its mechanism it is because of the amount of user. Bitcoin has billions of users that is why it has reached an unexceptional market cap and value. So coin acceptance really matters let’s just say it matters the most.

It is pretty much critical to the trust the model of a true cryptocurrency for new users. Decentralization can’t be done in just any cryptocurrency. It is the process of moving or turning an individual into an organization just trusting in any individuals or institutions is the problem.

If a coin’s central controller can alter and change the transactional record well then I guess it shouldn’t be called cryptocurrency. It can cause then it isn’t encrypted and this can raise questions to its basic security. The same is for coins with unproven code that hasn’t been thoroughly tested over the years. The more the code can be relied upon to function as described, free from human influence, the higher a coin’s security.

While coins struggle to improvise their technology but miss the part of security. Genuine technological progress is rare because it demands a lot of experts. There are always cool ideas that can be innovated on, but this comes on with bugs and distraction from the original purpose and idea of the make. Innovation is a hard factor, especially for non-technical users. However, if a coin’s coding is becoming dull showing no progress or isn’t receiving upgrades and updates that create particularly significant issues, it may be a sign that the developers are low on ideas or motivation which they usually are.

A coin’s existence in an economic type of incentive is really much easier for an end user to adopt. If a coin has got a high ICO and market value then you shouldn’t hesitate to buy it but if no then you are just getting fooled and giving the owners and developers the profit.

Now I am gonna tell you about top 5 coins that you should invest or think to invest on 2018 and why. You can buy Bitcoin using coinmama using PayPal very easily. 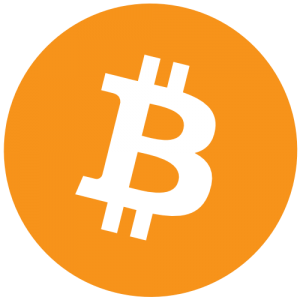 Well it isn’t exceptional that bitcoin has made it on the number one spot due to its market value and extraordinary number of users the decentralization of bitcoin makes it on the top of any other crypto or now we can say electronic currency in the world well just any currencies wouldn’t be reached a 130 Billion plus market cap.

It has got the most rational development in electrical currencies in the world and now in many places, it is introduced officially. Japan is said to use bitcoin in stores also wow isn’t that amazing. America is also now making signs of progress to accept bitcoin officially.

As bitcoin has grown so much Lightning network is trying to bring more and more innovation introducing new and new technologies and a mechanism to make it more and more user-friendly and decentralized so now may be a good time to invest on it. 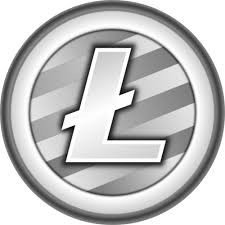 Lite coin is just another twin brother of bitcoin and also an old and a good decentralized cryptocurrency so it has got number second place on our list. Well, it also can be called corrupt as bitcoin revealed that not only bitcoin but litecoin is also being used in the black market or dark internet and it has earned the second spot in buying illegal goods online so I guess no anonymity now.

But still, we can’t refuse its persistence due to it’s 2nd in the line of throne lol. It came into being in late 2011 and is said to bring innovation in the market buy peer to peer technology means no third parties for trading using litecoin own tech own currency. 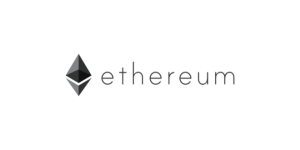 Well, Ehereum is just facing troubles right now it has got a bit value first the law is cracking the false ICO’s and protecting investors from being jacked because almost all of its ICO’s are failures or frauds wow what a nice way to earn money.

Ehereum’s ERC-20 Tokens received a huge gaze in the value of ethereum over the last few years. A bit of work can make Ethereum may be legit as a crowdy platform. It also has got some hardware issues means mining isn’t just a child play. 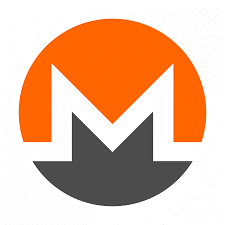 Monero may be on the number 4th spot but is mine number one favorite cryptocurrency. Although it is now being accepted on the dark internet its still far beyond its rivals in market cap and acceptance.

Monero Code is better and trustworthy and it recently beat ASIC miners by its algorithm those ASIC miners were made by a really big tech company in China huh.

Another big innovation is in mining monero it is not that much expensive as compared to other rivals both CPU’s and GPU’s can be used to mine monero Read my previous blog about mining monero for all the Intel regarding monero.

On the number 5th Spot outta nowhere vertcoin emerges pretty much another alternative of lite coin vert coin is now in the market with a swapped out hashing algorithm but the team now wants to change it and want ASIC mining to be developed for it. Vertcoin has openly low value and adoption as compared to others. Like its ancestors, it has also a potential of earning great success through a lightning network.

The team is developing a product called LITBox. This product will allow users to automate Lightning Network. This could prove to be a big project as automating Lightning nodes currently need a lot of technical knowledge. If the device may reach to production and allows easy LN access, it could be a hit show. LITbox will support the father bitcoin, apparently but also Litecoin and Vertcoin so it could do a lot for the adoption and decentralization of these coins.

Most of you may be confused about what is Lightning Network let me explain that to you as well.

The lightning network is a second Layer payment procedure works on a top of a blockchain technology let’s just say most commonly a bitcoin. This payment protocol helps to improve micropayments made using cryptocurrencies. It can go from millions to billions of transactions from smallest to largest without hesitation. It uses nodes and bi-directional channels to make payment directly without giving the charge of funds to the third party. Which decrease the risk factor of losing payments or getting fraud.

Muhammad Irfan
Irfan Bajwa is an emerging business enthusiast and passionate blogger and writer on a versatile level.