5 Dietary Supplements That You Should Not Try For Weight Loss

If you are currently searching for supplements or pills which can help you achieve your fitness goals, the first thing you have to do is pay extra attention to the list of ingredients of every product you consider. When you are not careful with the products you use, you will never get the weight loss results you want, or worse, you might even suffer from many nasty and unforeseen side effects.

Did you know that there are dietary supplements that have been banned by FDA? In fact, they have sent warning letters to pharmaceutical companies to stop the production and distribution of these supplements claiming to promote weight loss.

To keep yourself informed, here are 5 of the dietary supplements you should never try when you want to shed off some pounds:

The FDA has recently prohibited the use of HCG diet drops. HCG is a kind of hormone produced by women during their pregnancy period as a way to support and protect the developing fetus. When a female takes very few calories, HCG signals the brain to release the consumed body fat to provide nourishment to the fetus. It is claimed that the similar fat burning effect can happen with the use of HCG diet drops or injections.

However, studies have revealed that HCG is not really enough to facilitate weight lose. There are some speculations that the FDA has already sent warning letters to pharmaceutical companies supplying such products. HCG injections are found to cause several side effects, such as allergic reactions on the area of injection, Ovarian Hyperstimulation Syndrome in females, a blood clot which comes with reddish mark and pain.

Over two years after the health regulators in the United States discovered a stimulant that resembles amphetamine in dietary supplements which contain Acacia rigidula, it seems that there are still products on the market that contain this substance.

The stimulant BMPEA or beta-methylphenylethylamine has found to be present in over half of the 21 brands of Acacia rigidula supplements bought a year after the US FDA discovered it. These products that have been tested were being marketed to improved brain function, for athletic performance, and weight loss. BMPEA is revealed to increase heart rates and blood pressure in cats and dogs although no studies on humans were made yet. The World Anti-Doping Agency also classified it as a doping agent due to its close relation to amphetamine.

BMPEA is the newest in the series of amphetamine-like stimulants which have been added to supplements. Experts say that Acacia rigidula, a type of shrub native to Texas doesn’t naturally contain BMPEA. FDA has started to investigate the product after a late 1990s study suggested that the plant might have trace quantities of amphetamine. The agency did not discover BMPEA and amphetamine in the plant itself, although synthetic BMPEA are present in high levels. Experts added that Acacia rigidula is only an industry code for a type of potent synthetic stimulant, with the name used as a cover.

It is also referred to as HGH, which is often the center of different rebates in healthcare community. Human Growth Hormone is basically the secretion of the pituitary gland that controls and promotes growth in kids and has been known for having anti-aging effects to adults. HGH can be in injectable form, provided once a week and available only with the prescription of the doctor. The HGH injections are approved to treat the kids and adults who have HGH for those who are undergoing organ transplants and AIDS-related muscle wasting.

HGH wasn’t approved by FDA for weight loss because of some reasons and these include lack of long-term safety studies, possible aggravation of insulin resistance and some side effects, and cost. The healthy adults who take HGH put their own selves at risk for muscle pain and joint, swelling in the legs and arms, insulin resistance, and carpel tunnel syndrome. Such symptoms are much profound in terms of elderly people.

It is the stimulant that wasn’t approved for use in the US as pre-workout boosters or weight loss aids. Methylsynephrine doesn’t fit under any of the categories, which render misbranded dietary supplements, which declare it as a dietary ingredient. FDA also told the makers of a product that includes another illicit ingredient, which is methylhexanamine. It is also called dimethylamylamine, which is a banned substance.

According to Cohen, the dietary supplements are allowed to have botanical ingredients and extracts and a famous ingredient is synephrine, which is made from bitter orange and some citrus species, a legal supplement and must not be confused with the methylsynephrine. Cohen along with his team also said that the research has some limitations and this includes that the scientists tested only a sample per brand as well as looked only at the products that claimed this methylsynephrine as one of the ingredients. It’s possible that some brands of the supplements are on sale in the US and may contain oxilofrine without including methylsynephrine on the list.

It is an evergreen plant that is found in Mongolia and Central Asia. It contains ephedrine, an active compound, which is also a powerful stimulant of one’s nervous system that was used in China and India for several years. Ephedra was also used for treating fever, headaches, flu, colds, and much more. Recently, Ephedra became famous as a weight loss dietary supplement, athletic performance, and increased energy. The Department of Agriculture of the US announced a ban on the supplements that contain ephedra last 2003, which is marked as the first ban on a particular herbal supplement.

Majority of weight loss drugs that are now restricted or illegal have shown to be unsafe. The most typical risks associated with weight loss products tend to be the problems with blood pressure and heart. Most of the drugs in this category put more stress on the heart that can result to serious events sometimes including death, stroke, and heart attack. FDA will ban any weight loss drugs that are dangerous whether through reported incidents or studies. 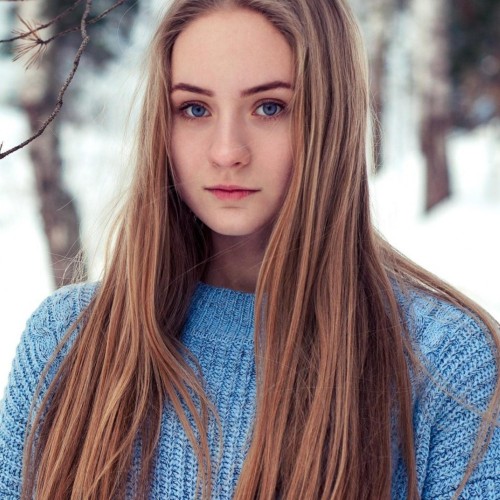 Shannon Martin
Shannon, a self-employed, foodie and social media junkie lives in St.Louis, MO. Formerly a Nutritionist who left a professional career stays at home with kids. Currently, she writes for Diet, Nutrition, and weight loss websites. You can reach her on FB for weight loss queries.